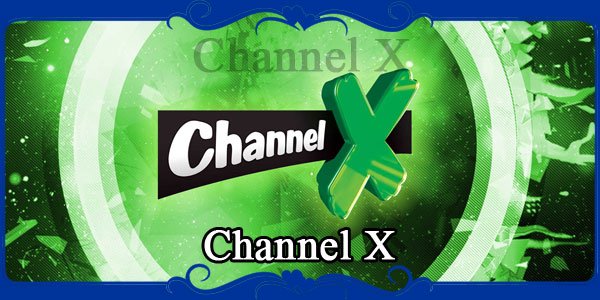 A new sensation and Heart of Belgium “Channel X” makes your day memorable with its vast variety of songs. Infuses energy for your workday and relax your mind and soul when you want it that way. Listen to the wonderful melodious songs of your choice all day long. “Channel X” is fully customized internet radio station which provided you with 100% satisfaction.

Channel X starts in 1992. A Dutchman and a group of Radio Contact presenters would have joined forces and would create programs for a new (yet to be established) radio station. As a call sign, the station would be called “Radio Kontakt” (with a K). The studios were built at Radio Slow in Schoten, which then broadcast on FM 106.3.

We immediately looked for another solution and it was found a few weeks later. Four elements were attached to the antenna in Schoten-Deuzeld. In the meantime the plans of Radio Kontakt had been put away and the new channel would become a house radio. The name Z100 was used as a test name on 99.6 FM. The first result was not so good and so we looked for another location.

Someone knew a high radio mast at the Scheldeboord-Hotel in Hemiksem. Negotiations took place and after a few weeks the station could still start. Meanwhile, a new name had also surfaced thanks to Michel Orthier. The station would be called “Channel X”.

With a very high power Channel X started on 94.6 FM in stereo. French jingles were used so that everyone thought that the signal came from Wallonia. The station became hugely popular with the youth and there was also a private dancing opened, Club X. Later there was also opened an FM branch in the Netherlands, so that the channel in the Netherlands to listen to. Channel X would stay in the air for a very long time until the BIPT organized a razia and took the house channels out of the air. Those were Channel X at 94.6, Lazer at 97.1 and 99.6 and Carat at 100.3MHz.

After the great success of Channel X, the organization began to search for a legal frequency. This was also found in Antwerp via vzw Radio Stad. The radio that was broadcast on 107.8MHz and then owned by Gazet Van Antwerpen was no longer in the air at the time. Channel X bought the station and brought the 107.8 back into the air. At first, from the Boerentoren. A dipole popped out of the window halfway through the building. The result was that Channel X could hardly be received.

We moved to the Tourist Hotel, where a small room was also rented. The 8 dipoles of the ancient Atlantis were still on the Tourist Hotel. They were replaced by 4 new dipoles and Channel X was again well received. Radio City can still be heard at 107.8MHz from the same location.